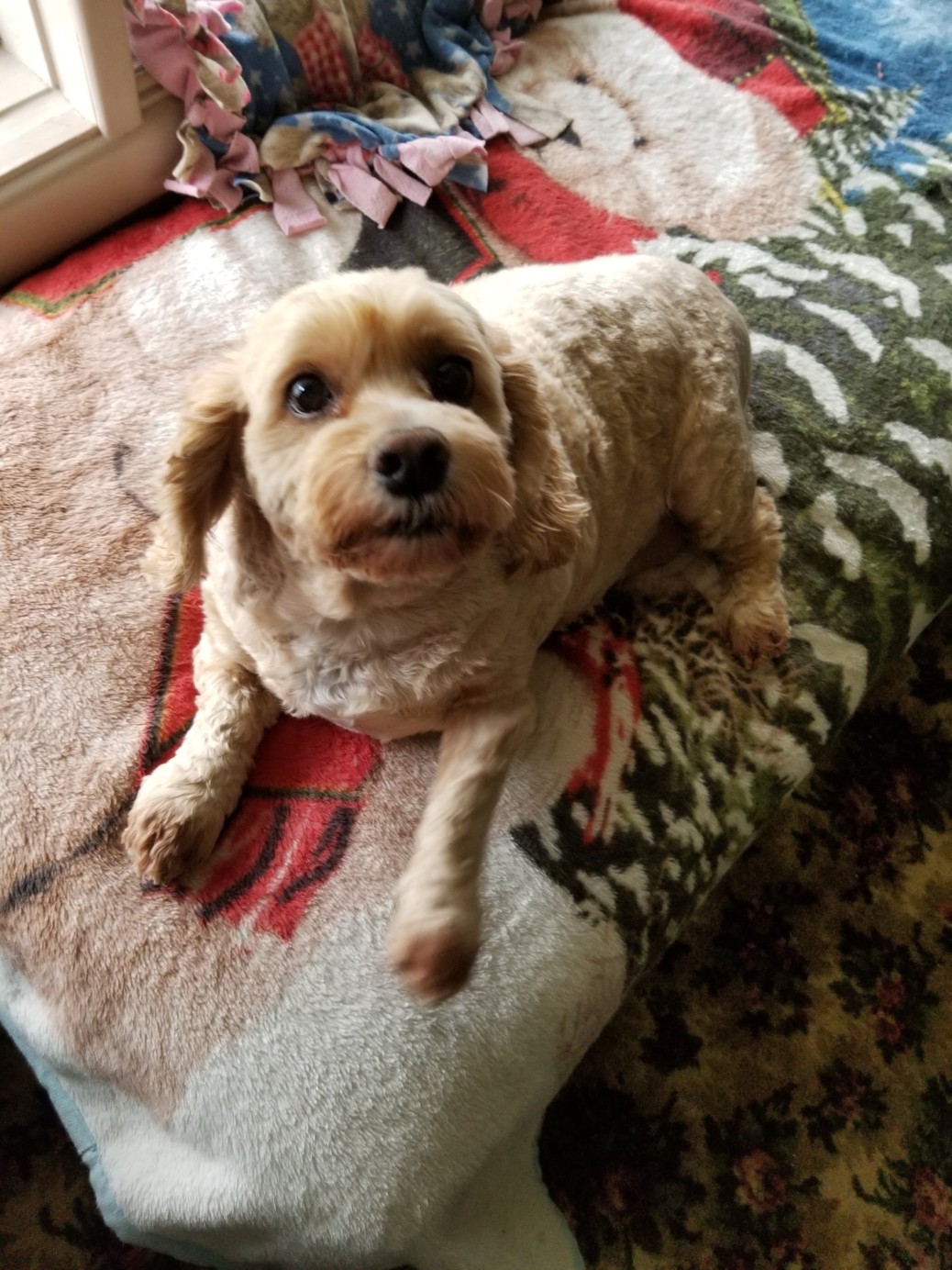 Neala is a cocker-poo.  She is our beloved dog.

We had had a Westie, called Barra, for 14 years before she succumbed to a heart attack. And for four years had said we would have NO More pets. Then our daughter got a cocker-poo, she called Sydney, and sent us one picture after another of her. We were hooked again.

We bought Neala from the same breeder as Sydney, out in British Columbia, so when Neala was only eight weeks old she took her first flight to Toronto. She left at 9 am and arrived at the cargo airport in Toronto at midnight. By the time she was unloaded and brought out to us it was gone 1 am. We did not know what to expect. But were absolutely delighted. Our little bundle of joy was clean, frisky and ready for her new adventure.

Neala has travelled everywhere with us. When we went south to Florida for two months every year she settled down in the back of the car and was just pleased to be with us. When we flew to Calgary, as long as it was in the summer months, she went into her cage & was neatly stored in the hull of the plane and thankfully looked none the worse at the end of her four-hour flight.

She loves her walks and treats and has given us immense pleasure throughout these eleven long years.

She was never sick until a couple of years ago when we thought we would lose her. She stopped eating and even drinking became a chore for her. She was very lethargic and her big brown eyes would just look up at us, as if pleading, to help her.

After several visits to the doggy hospital, she shook off, whatever it was, that had ailed her, and became her old self, once again. No-one was ever the wiser, not even the doctors, what had made her so ill – for those ten very long days of worry. She had had blood tests, X-rays & a catscan. They all revealed nothing. But she came back to us – and that was all that mattered.

We have no idea how much longer she will be in our lives. But if there is a doggy heaven, she will fly straight there, for all the love she has shown us.

Let us know about your pets, past or present and the influence they have had in your lives.